After finishing up a 3 month stay in Medellin, I thought it was only fitting that I post a ‘digital nomad destination’ review for the “City of the Eternal Spring”..

To start things off, I will say that my original intent was to visit Chiang Mai, Thailand, but after tons of research, I realized Medellin better lined up with my needs, as you’ll see below.

What I was looking for

In doing my research, I made a short list of traits an ideal destination would have. Some of these things included, in no particular order:

[bctt tweet=”Where to go? Somewhere easy to access, with stable internet, and all at a low cost.” username=”sharecropping”]

While it seems that Chiang Mai is a digital nomad hotspot, there were many areas where it falls short. On the surface, it seems like an inexpensive place to live, but upon further examination, there are lots of expenses that most people tend to gloss over.

Things like the cost of a visa, visa extensions, border runs every 90 days, and the somewhat substantial flight cost (if you’re not travel hacking). Not to mention the lengthy flight if you are coming from the US.

It was these initial findings that had me start looking for an alternative destination.

I actually started my new search by reading ‘best international locations to retire to’ types of posts, and then checking SkyScanner for flight length & prices.

My logic was that retirees are often working from a smaller fixed income, yet they still need access to modern infrastructure and amenities. This would likely mean that these destinations would be cheaper than living in the US, but still relatively modern. 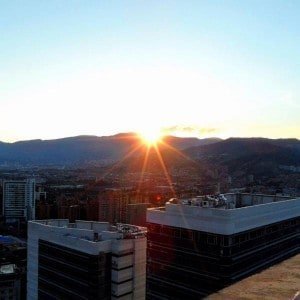 After several dead ends, I found a location that looked promising. One of the things I noticed, was that much of the world still thinks Colombia is full of danger & chaos, while that hasn’t actually been the case in almost a decade.

You can see this reflected in the cost of living which, arguably, should be 50-70% higher than it actually is. Add in the not-so-stable currency, and you get a destination where the cost is roughly 50% lower than most American cities, but without sacrificing modern conveniences.

Also, when comparing flight costs, Chiang Mai was about $600 for a 1-way ticket, while Medellin was only $140. This, coupled with the short flight time (only 5 hours), was a huge difference, especially if I needed to return back to the US sooner than expected.

Aside from the initial confusion on our arrival (detailed in an earlier post here), we were able to settle in quickly and start to assimilate their culture.

One of the things that made the transition easy for us was the ubiquitous acceptance of Visa & Mastercard. In fact, there was only 1 shop (besides the farmers market) that I needed cash to pay. Another big plus was the ability to use Airbnb & Uber.

With Airbnb, we picked out a nice flat a month in advance that was within a few minute’s walk to the ‘Golden Mile’ in the higher end El Poblado section of the city. And after picking up a local SIM card, it was never more than a 5 minute wait until having a personal driver available from Uber.

Airbnb is a bit pricey, which is mainly due to the fact that most listings are priced in dollars instead of pesos, so you aren’t able to take advantage of currency fluctuations. For our 2nd & 3rd months, we moved to another flat, and negotiated directly with the property manager. This allowed us to stay in a place that was much bigger & nicer than our first flat, and at practically the same price. 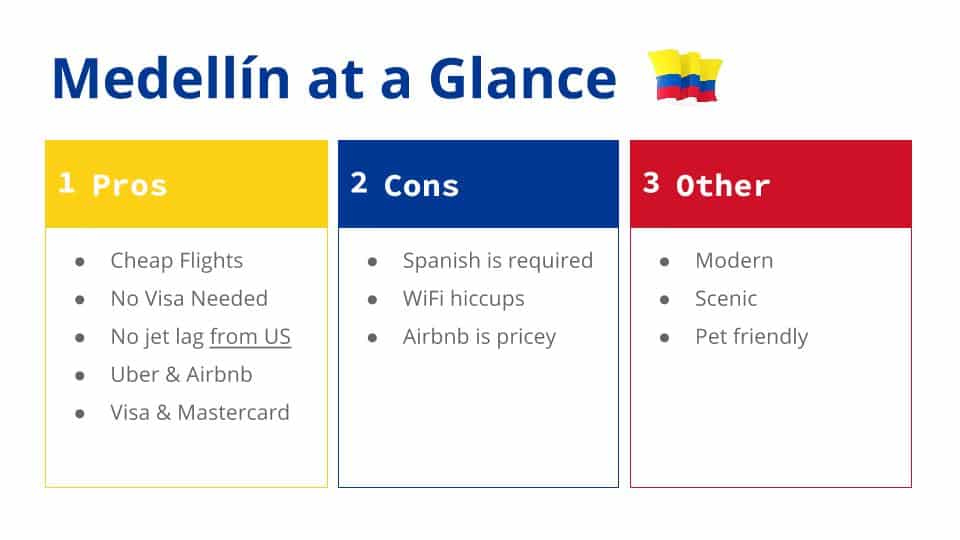 While there weren’t too many co-working spaces in the area, there were plenty of cafes and other places to get work done. If you’re OK working alone, you’ll have no trouble being productive.

Almost everywhere had free WiFi (usually between 5-10 Mbps) that was mostly reliable, with a couple exceptions; the entire El Poblado area was without internet for nearly 2 days, but this was due to some upgrades to the infrastructure, so this may have been a 1 time outage..

There is even a thriving ‘expat’ scene, not exactly tailored to digital nomads, but great for help with learning Spanish (and also nice when you need a break from Spanish and want to speak English with other native speakers).

Besides work, Medellin has a lot to offer with regard to culture; museums, parks, shopping, and more. There are plenty of options available for a night out, and a wide variety of cuisine can be found.

With all of the upsides, there are a few drawbacks to living in Medellin. First of all, learning some Spanish is a must. Most people you meet will only know a few words of English (despite the fact that most movies in the theater are shown in English, with Spanish subtitles).

If you make an effort, though, they will do the same. I never ran into someone that wasn’t willing to try to help bridge the communication gap, when issues did arise. Having the Google Translate app on standby (and downloading the Spanish language pack in advance for offline access) will help out quite a bit.

Beyond the language barrier and a couple of WiFi outages, I didn’t experience anything negative about the area. I never felt unsafe, didn’t get sick at all, and was able to adapt to the elevation within just a few days. 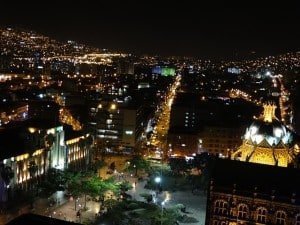 enjoyed my time in Medellin, and hope to return again. While I had been a sort of ‘digital nomad’ for a bit before visiting, leaving home to travel somewhere international made it feel ‘official’. I can definitely recommend it, especially for digital nomads living in the US.

If you do have interest in visiting, a great resource for information is the Medellin Living blog. It was my one stop shop for researching the area prior to (and during) my stay.

That’s it for this week. Next week, I’ll have a post talking about a book that inspired me to become a digital nomad, long before I had even heard the term, and maybe before that term even existed. It is one of the most empowering books I’ve ever read.

Loved this? Spread the word

How I Found Freedom in an Unfree World – Book Review

What’s the point of location independence?

How to Learn or Improve Skills with Micro Jobs

Please log in again. The login page will open in a new tab. After logging in you can close it and return to this page.